I’ve had the epiphany that every close relationship I have in my life is unconventional for the title. Gail isn’t just a friend and Gramma isn’t just a grandma. My dad and I are no different. The best way to explain my father is to admit that I watch Tim Allen in Last Man Standing, because it reminds me of him, as does every other Tim Allen character. Even Buzz Lightyear grossly exaggerated everything. Yeah. That’s where I get that.

My dad wasn’t in my life during my teen years. If he had been, there might have been structure and actual parenting involved, and my whole world would be different. But I like my life, despite the parts I leave out of the fantasy tale I accidentally spun for my coworkers. I also love my relationship with my dad. While I will be ‘kiddo’ until the day he stops dropping his G’s, I have a strangely adult bond with him with no Freudian context. Perhaps this is because I’ve not considered him a true authority figure since I was 12, so I don’t have to watch my mouth or my thoughts. Perhaps it’s because he gave me his humor in addition to his laugh. It’s probably a combination of things, including its age, as we started to grow close again when I was about 19. It’s becoming less tentative now as we have weekly lunches and even the occasional text conversation, but as cherished as it is, it’s not exactly from a country song and I don’t know if I’d change that. It’s foundation is simple: the things that shouldn’t be said… and the things that should. 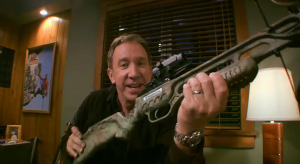 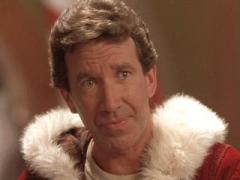 – These are all direct quotes. –

The Things That Shouldn’t Be Said:

Talking about step-mom’s birthday.
Me: “Yeah, I was going to send her an E-card as a joke, but I wasn’t sure if it would be too much.”
Dad: “What was it?”
Me: showing him phone

Discussing the family drama that had pissed him off because it made his little girl cry, and the cause, a woman who has a bad habit of discussing far too personal things.
Me: “Why would I even want to go to her stupid Thanksgiving dinner? So she can talk about her clitoris over turkey?”
Dad: “As far as I”m concerned, the best part of her ran down her momma’s leg.”
Please… no one give the man a microphone at my next wedding.

Me: “Ugh. I’m never getting married again. If I decide I want children, I’ll either get in vitro or pick up somebody in a bar. Just what you want to hear from your daughter, right?”
Dad: laughs “Yeah. Exactly.”
Me: “Yeah, Gail gets mad at me for saying ‘trolling for dick.'”

Me: “So I called Gail and told her ‘We’re gonna be WEINER BUDDIES!'”

Dad: “Hell, just go write yourself a Fifty Shades of Grey book and make millions.”
Me: “Dad, I’m not so sure you want me to go out and get the experience it would require to write that.”
Dad: “Well, shit, apparently she didn’t know what she was talking about either.”

Over lunch, my brother had just said that he didn’t believe a priest could keep a vow of celibacy, as I sat next to my dad.
Me: “Why’s that so hard to believe? I don’t have sex with people I don’t love.”
Brother: “Yeah, but for the rest of your life?”
Me: “Yeah, if I don’t find someone I care about, probably.” not lying or being pious… have deep-seated emotional issues
Brother: “Yeah, well, I’m a man and I don’t believe men can give up sex like that. Men are different.”
Me: a little too loudly in a restaurant “Oh, my ass! Just because I have a vagina, doesn’t mean I don’t like sex!”
Dad: roars with laughter “I always said your sister could stand up for herself.”

My dad holds a high-level blue collar position with the electric company, but still has to climb poles when the weather’s bad.
Me: “I love you, daddy. Be careful in this. Don’t fall off a pole or anything. Make me your sole benefactor if you do.”
Dad: laughing “Alright.”
Me: “You know what I always tell Bea. When you die, I get more.”

Dad: “I’m gonna do it. I’m gonna buy my Kimber.”
Me: “Oh, you are so full of shit. You’ve been talking about buying that gun for two years now. My ass.”

– These are all direct quotes, too. –

The Things That Should Be Said:

I was 9. It had just hit me what aging was. Time was passing and I couldn’t stop it. I was sitting on my bed and bawling my eyes out, while watching a home video.
Dad: “What’s wrong?”
Me: “I want to be a baby again!”
Dad: stunned silence for a beat as he hugs me “Well, hell, I wish I was 10 years younger, too.”

Me: defeatedly “What about me is so terrible that it makes the people in my life who are supposed to love me want to hurt me… my husband… my mom? What did I do to make God want to punish me?”
Dad: “Hey, now. There is nothing wrong with you. The only thing you did wrong is let these people hurt you. The rest is on them.”

Dad: “My biggest regret in life is that I didn’t take both of you kids when I left.”

7 thoughts on “Please… no one give the man a microphone at my next wedding.”