My bachelor’s degree is in Family and Consumer Science Education (home-ec), which is a degree focusing on a wide range of things. Stereotype mostly dictates these as sewing, cooking, child development, and marriage. I once burned Easy Mac. My dog’s alive because he barks at me if he doesn’t have food and he probably didn’t actually eat that bullet that one time. I’m 25 and have been divorced for two years. You can’t learn everything from a book, y’all, amiright? 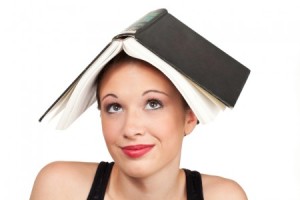 I, however, can sew and bake like a badass motherfucker. So there’s my proof that some lessons stuck. Another one of those lessons was how to be really bad at marriage… not that this was necessary to learn from a textbook, because Facebook provides me with constant guidance into this venture. The following are all paraphrased Facebook statuses, mostly only straying from direct quotes because I couldn’t bring myself to include all of those spelling errors.

– “Ugh. I’m so tired of the fighting and verbal abuse. I just want a divorce.” –
You know how you get a divorce? You call a lawyer. If you truly “want a divorce”, you’re typing it into a search engine, not the Facebook status bar. You don’t want a divorce. You want to villainize your husband, so that your mutual friends will realize that you’re the wronged one in the relationship when it finally ends, and take your side. What you’re doing, however, is attacking him in public. This is the E-equivalent to taking off your high-heeled shoe and beating him with it in a Wal-Mart while screaming that he’s an abusive bastard. You don’t look verbally abused when you make this post. You look like the verbal abuser, who is making an effort to humiliate her husband to the masses. This is especially true when he makes no similar posts ever in time about your marital issues. If he’s calling you a worthless, fat, cunt, whose children are right to ignore her, it’s still not appropriate to lament about this on Facebook. It’s appropriate to call up your mom and sister to cry and tell them your marriage is a wreck. It’s appropriate to break down at a family dinner to your grandma and a room full of supportive cousins. It’s even appropriate to drink 8 LITs at a bar on Thanksgiving while blubbering incoherently about how he was supposed to make 60% of the income and not pawn your jewelry while your best friend gets the keys. All of these interactions are as perfect as can be in a disastrous situation, because they are confined to people who give a shit. That list doesn’t include your high school student council members, that girl who bullied you and was friended just so you could watch her get fat, or the third cousin who was never really open about why he went to prison.

– “I just carried in a fifty pound bag of dog food all by myself. I always wanted to be a single mom. Oh, wait…” –
This particular woman’s husband was working out of town fighting wildfires, while she was staying home cuddling the baby. Don’t get me wrong. Babies are gross and loud. I wouldn’t want to be left alone with one, either, and I can imagine this is difficult… you know, sort of like how putting out wildfires is difficult. This is such a regular social networking trend that I want to bomb the Internet. I’ll flat-out admit that I am completely and totally biased here. These women are bitching about a man who works too hard to support his family. Try sopping up the blood from your foot because the cat knocked a glass off the counter three days ago and he never cleaned it up, despite not having had a job for three fucking years. Spend four years with a man who is too lazy to bathe and then you can bitch about how your husband has a well paying job in which he’s working in extreme and dangerous climates to buy diapers for your child. These men aren’t workaholics regularly taking on 80 hours a week. They just have mutually agreed upon jobs with unpredictable and sometimes non-local hours. Said jobs are often worth it, too, because they pay well enough for these women to stay home and whine on Facebook while their husbands bust their asses. Again, it’s not that these women are bad wives for feeling lonely, frustrated, or overwhelmed. They are, however, ungrateful and unsupportive partners for posting these thoughts on a billboard read by their husbands’ friends and entire family. If my son ever married a woman who complained publicly about having to carry fifty fucking pounds, I’d be perfectly willing to call her out on the fact that this is the approximate weight of a six-year-old and there are plenty of actual single moms carrying those inside all alone with a lot less bitching, because being a single parent is a lot more difficult than carrying dog food funded by their husbands.

Key difference: she works to pay for that dog food and then carries it in alone.

– “I’m so glad my husband decided that my telling him he could have one or two beers with the guys meant he could get plastered and leave me to take care of three boys alone.” –
No.Your husband does not need your permission to have a beer with his buddies, just as you do not need his permission to buy that new Coach purse. You are both adults and should be making any and all decisions with regards as to what is best for your family and whether or not this splurge is possible without hurting the overall unit. If he dropped the ball doing that, fine. People make mistakes. Telling your friends, family, high school acquaintances, and his friends, family, and work buddies when you fucking tag him in this status, however, does not undo the damage, and hurts the family unit far more than his original crime, by involving other people. I have never seen a man post a status update of “I’m so glad my wife decided that getting her nails done was more important than buying new tires for the car” or “I’m so glad that my wife got so drunk last night that she threw up in the entryway, passed out and pissed herself.” It’s not that these women don’t make mistakes or go too far, just that their husbands aren’t choosing to share it with the world.

– “I am so tired of hearing my husband tell me that the money I make doesn’t mean anything. From now on, I’m just going to take my money and spend it on whatever I want then, if it’s so unimportant.” –
Why in the hell would you even want to post this on a social networking site? No one sounds good in this statement. You have an unhappy marriage and you’re officially choosing to no longer contribute to it financially? Maybe next you’ll post about you got drunk, threw up in the entryway, passed out and pissed yourself. Sure, your husband comes off as a jerk here, but you look like a child throwing a keyboard tantrum. Perhaps, instead of bashing him on Facebook, you could take some of that paycheck and put it towards the marriage counseling that the world now knows you need. 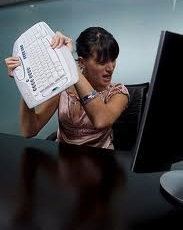 None of the feelings that inspire these posts are particularly bad. You’re losing faith in your marriage. Fuck, I feel ya there. Run, run, run, and don’t ask me for marital advice, because that is always the answer. You feel mistreated. You’re lonely and overwhelmed. You’re upset about the fact that your husband made a bad decision and it’s affecting you. You’re feeling under appreciated. I getcha. I felt all of those things all of the time in my marriage. You have my sympathy… or you would if I fucking knew you outside of Google Chrome. I don’t, though. I know that when we were kids, you liked Batman, you have a golden retriever, your baby isn’t that cute, you like to take pictures of your overpriced manicures, you’ve put on a few pounds, you’ve decided to call yourself a “photographer”… but I haven’t seen you in person since high school. I should not know your marital issues at all, unless you’ve personally sought me out for comfort. When I got divorced, I had multiple family members ask at Christmas how over it was, because they hadn’t heard anything about it. I’d filed the paper work before I told any of them. That’s because, with the majority of them, we weren’t that close and they only kept up with me through Facebook, where I never complained about my marriage to Voldemort himself. What ever happened to the old adage about not airing your dirty laundry in public and why do so many women in my generation not understand it or realize the value of keeping private issues private? This is social networking, not your private blog. Everyone you know can read this. Yes, indeed, it is specifically a female problem. I have never seen a man make any of these personal posts about their relationships (though I’m sure it’s happened and is just rare) and it’s ridiculous that women think it’s okay if they do. Equality doesn’t mean we get our turn to humiliate. If a man posted on Facebook “I can’t believe she just spent $200 on the UGGliest boots when she needs new tires” or “I love that I’ve been stepping over bottles of nail polish in the living room for two days”, I would be mortified and expect him to immediately take it down and apologize. Why don’t we owe men that respect? Furthermore, why don’t we owe our relationships that respect? I get a say on this trend, because ultimately, when you air that dirty laundry for all to see, you invite those people to comment on your shitty laundering skills.

7 thoughts on “Excuse me, Miss. You dropped your dirty bra on my newsfeed.”