Profile clichés seem to be a hot button for many online daters. Personally, as long as no one uses all of them, I don’t think there’s anything wrong with the occasional well-used verse, if it’s accurate. I do want someone who works hard, because my ex-husband never had a fucking job. A generalized request such as this weeds out men for whom a 401(k) will never be on the table. I include many more specific details about myself as well, so if throwing in my commonly-shared desire for a man with a career sounds generic enough to pass me up, fine. That guy can suck a bag of dicks, because he’s obviously too particular anyway.

In general, online daters just aren’t all hobby-writers. They don’t realize that everyone would call themselves loyal, because they have other hobbies that are keeping them from heavily researching the dos and don’ts of profile creation. That’s a good thing. By declaring themselves loyal, they’re expressing a desire to be with someone who will make them a priority while still enjoying their own life. It’s called subtext and expecting everyone to be a bomb writer like myself would be just plain ludicrous. That being said, there are some well-worn clichés that don’t necessarily turn me off, but which I just cannot use, because they would be damnable lies.

“I know how to have a good time, but I still know when to be serious.”
Me: “I don’t even know if I can have kids.”
Gail: “Belle, that was one time and there were extenuating circumstances.”
Me: “Psh. You don’t know. I could have a Hamilton Beach blender in there.” 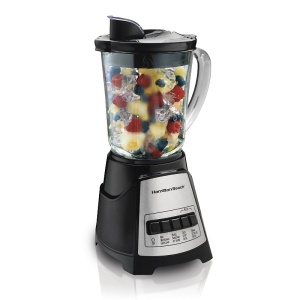 That was a serious conversation about my miscarriage. I definitely know how to have a good time, but I’d rather experience a treatable venereal disease than any sort of dramatic emotional display. I cope with the most crushing parts of my life, not by delving deeply into my psyche, but by giggling about them.

Don’t get me wrong. If someone else’s grandpa is dying, I don’t respond with a chuckle. I sort of just awkwardly pat them on the back while standing at an acceptable conversational distance and make some facepalmingly obvious statement like “I’m sorry you’re sad.” I get that other people don’t want to hear knock knock jokes about their dying family members and want to actually feel and appropriately respond to their own emotions. I respect that bizarre tendency. Is it too much to ask for more people to accept my far more reasonable coping mechanism? Maybe so, but in the meantime, I’m not going to advertise my ability to take things seriously, because it just doesn’t fucking exist and when I try to force it…

“I’m hardworking, but laid back.”
::phone rings… it’s Gail::
Me: :defeatedly: “Hello?”
Gail: “Hey… are you okay?”
Me: “No. I’ve been looking for the honey for ten freaking minutes and the guy was a jerk when I asked where the oats were, so I didn’t want to ask him anything else. I just found the honey and there are seventeen different kinds! Why are there seventeen different kinds of honey?!?! I just want normal honey! I’m gonna buy some bees, open a honey factory and call it JUST DAMN HONEY!!!”

Honey, y’all. Fucking honey. That’s what led me to tears in the peanut butter aisle (for anyone who’s still wondering where the honey is located), because I am just not laid back. In actuality, I’m not that high-strung of a person, either. I just have a definable limit. For example, when I’m driving somewhere and realize I’m lost (this happens a lot), I’ll look at the GPS on my phone and try to drive one way until I recognize a street, while listening to the radio and rolling my eyes at myself. Then I’ll hit a street that I thought was in the opposite direction or realize I just drove in a circle and go from “handing it” to “inconsolable” from one heartbeat to the next. I am, indeed, a hard worker as well. Therefore, when I find out I’ve failed at something, say teaching myself a new skill, rather than putting away the knitting for another day, I’ll burst into tears and hurl the yarn across the room. There are no degrees of upset for me, because I think adults should be able to control their emotions and I try to practice that… until I just can’t anymore and I’m weeping over condiments.

Is honey a condiment?

“I have no baggage/drama.”
Ell oh ellsies. I couldn’t even manage to type this one without a hearty guffaw. One reason I like online dating is for the ability to open with ” I’m divorced” and then just stop talking about it. At 25, with a Master’s degree and no children, people just assume I’ve never been married. The last thing I want, however, is for my boyfriend of two months to ask what’s wrong and respond with “just wondering how to tell you that I was married for four years when I really should’ve brought it up ages ago.”

I suppose there are amicable divorces… but mine, sure as shit, was not one of them. I’m a happy person and my life is good, but sometimes I wake up cuddling a revolver, burst into tears in the baby aisle at Target, or hyperventilate at the smell of soot. I have six pounds of frozen meat in my fridge, along with twelve bags of vegetables and I live alone. I suck my thumb like normal adults smoke cigarettes. Soooo… while it’s undoubtedly appealing to run across someone with “no baggage”, this former 23-year-old divorcée is just gonna have to skip that claim and unsubtly avoid answering any and all questions about her relationship with her mother for awhile. 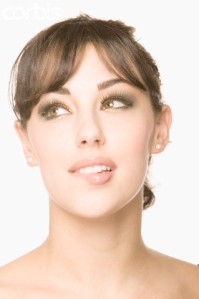 “What an interesting question! So, what’s your favorite kind of pie?”

“I’m not very good at describing myself.”
This right here is exactly why people employ clichés. They’re unsure of/uncomfortable with who they are. Maybe it doesn’t sound humble, but I have no problem talking about and/or describing myself. I can tell you my assets and flaws right here and now, because if there is one thing I’ve accomplished since my divorce, it’s self-awareness. I’m driven, successful, smart, loyal, hardworking, resilient, stubborn, socially awkward, foul-mouthed, high-strung, sexually inexperienced, obsessive, and sarcastic. I shut down the second confrontation sparks and will not apologize if I don’t mean it. If I do, it makes everything worse and goes a little something like this:

“Well, I’m sorry you chose to take it that way and upset yourself.”

My entire fucking blog is all about me and my life and the people in it. I am absolutely willing to be totally upfront with who I am as a person, because that’s the whole point of online dating. It’s such a waste of time to beat around the bush when explaining who we are and what we want, when the very purpose of online profiles is to skip the “you come here often?” bullshit we find in bars. I’m not going to claim I have any difficulty expressing myself, because the clearer everyone is, the more successful the whole venture.