Wednesday was my day off and, as the result of some Hellmouth-level bizarre occurrences, the fates lined up and Gail and I actually had the chance to hang out… in person! Usually when we spend time together, it’s via phone, text message, or the occasional surprise Facebook annoyance of her ex-boyfriend until Gail deletes the damn conversation just as it was starting to really piss him off. Bleeding hearts of the world unite, Jiminy Fucking Cricket.

We met up after Gail got off work, with the full intention of laying out by the pool at my apartment. I didn’t press that plan, because I’d been doing so for two hours and could later prove it with the spots I missed when putting on sunscreen. It’s not truly summer until you’re rubbing aloe into your ass, wondering why exactly your ass was showing at a public pool, amiright? Since it was 93 degrees, Gail works outside, and I had been laying out reading for long enough to end up in the ER again – being yelled at because that’s apparently “not text message news” (true story) – we decided to lounge in my living room, in our bathing suits, enjoying air conditioning… and liquor. We truly are classy Southern gals, so I supplied ice cream bars and Gail brought Taco Bell sodas and Patron. She refuses to drink cheap liquor, even if it is just going into cherry soda. For realz… it’s like drinking with the Queen… of the trailer park.* She won’t drink anything out of a plastic bottle. Fucking princess. 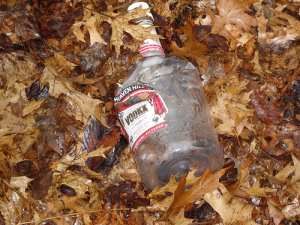 Oh, unhappy marriage, how I miss you. You can’t even taste the tears through this stuff and it’s like eight bucks a gallon.

* I’m totally allowed to make this joke, since I spent my first eight years in a trailer. Fucking disclaimers. There. This entry is no longer offensive.

Gail has always been a hopeless lightweight and my prime drinking days took place when I was about 90 pounds heavier, so after just a a few sips, we were both giggling maniacally in my living room.

It was at this point, I began reading OKCupid profiles. You see, Gail and I used to browse the Craigslist personal ads for entertainment, because they are fucking hilarious. Seeking serial killers is actually how she came across Terry (see above photo). Advice: don’t open the ones with pictures… or wait… maybe I totally want you to open the ones with pictures. I can’t decide.

Drunkenly, I suggested informing individuals on the site exactly why no women responded to their messages. For example…

“I’m not like, interested in you or anything. Just so you know, though, you aren’t getting any attention on here, not because you open with ‘Hi, how are you?’ but because the first paragraph of your profile is a lecture about how I shouldn’t be so picky about my prospects because of their openers. Change that.”

Even drunk, Gail is all gum drops and lollipops and the Spirit of Fucking Christmas and kept telling me this would be mean. Frankly, I’m sober now and still think it would’ve been a great idea. Maybe that’s why she calls me “The Instigator”… or maybe it’s because I wanted to mail her creepy sex toys from Terry just to see what she’d do. Who knows, really? The girl’s an enigma. Ultimately, she managed to talk me out of it, only because I decided to blog about the following instead.

Me: shouting for some reason “Okay, okay, okay! This one is for you! ‘Ideal woman’.”

Then Gaily’s feminazi head exploded and I just cleaned my fucking carpets. FYI, one of those industrial rental carpet cleaners will totally survive a tumble down a flight of stairs… and if it doesn’t, you don’t have to tell the clerks at Lowe’s. Wait. Where was I? Ahem…

The following is copy and paste (complete with oddly placed punctuation).

Ideal woman:
Please note: This is not his ideal woman, but rather the ideal woman and you should probably just print this out and staple it to your to-do list.

She knows what she wants and isn’t afraid to go for it;
Translation: She’s adventurous in bed… early and often.

she likes her man to be a man but still be able to show his emotions.
There’s his very first contradiction. Don’t worry. Even if you disagree and think men should be able to comfortably cry at sad movies and ultimately turn into walking vaginas, there are many, many more contradictions to come. Also, what the fuck, Google Chrome? How is “vaginas” not a word? Is it like “deer”? Is the plural of “vagina”… “vagina”?

Balance is important to her; she works hard enough but her job doesn’t consume all her energy. She enjoys the nice things in life, but is also spiritual and doesn’t get fully caught up in the quest for material goods.
Okay. Here’s my big issue with this little tirade of his. Who is going to describe themselves as any of the negative things he’s listed? How many profiles say “My job consumes all of my energy, but when I am awake, I’m the most materialistic person you’ll ever want to hit”? Even Carrie fucking Bradshaw would’ve described herself as simply “enjoying the nice things” and all that woman ever did was demand things she didn’t deserve from people she didn’t deserve.

Remember when he hit her? Sigh. He was the best.

She wants a man in her life, but doesn’t need one.
I could totally get on board with this declaration if it weren’t for…. wait for it….

She knows that she and her man will be worth more together than apart.
Well, there’s part of it. If she doesn’t need a man, how/why is she to be convinced that she’s not worth as much without him? That’s sort of the definition of needing a man.

She enjoys the simple things in life but can also be spontaneous.
How is that a “but”? Those two are completely independent of each other. That’s like saying “she likes macaroni and cheese, but also enjoyed the movie Ferngully.”

She likes to travel to far-off places, relax on sandy beaches under a hot sun, and then cool off in the sea, but she also likes the hustle and bustle of a busy city.
That’s the deal breaker for me. You see, I hate traveling to far off places (particularly when they include a superfluous hyphen) and I’d rather swallow my own tongue than relax on a sandy beach under the hot sun. Whew. It’s a good thing he was so specific in his requirements. Many women hate exotic vacations.

Me: still shouting for some reason… I’m a loud drunk “Well. I certainly don’t fit the bill then. Kind and considerate, I am not. I’m kind of an asshole.”
Gail: guffawing on my floor “Yes, yes, indeed you are… but we love you anyway.”

She wants a man who understands her–one she doesn’t need to tell what she wants, but who just knows. 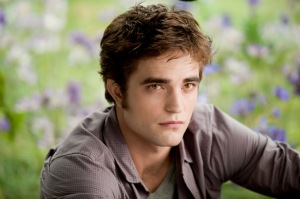 This was the most obvious lie to get Internet poontang (one word… I checked). I’ve hung out with a lot of guys. They hate “I shouldn’t have to tell you. You should just know.”

A man who can be the closest person to her, to help her make decisions, and to always be there and offer her his strength when she needs it. She doesn’t expect to find him right away, but she’ll know when she does.
Aaaaand…. there it is. He actually fucking used the word “needs.” I thought she wasn’t supposed to need a man, yo? What’s up with that? Also, just reading that sentence made me claustrophobic. That sounds like Christian Grey putting tracking devices in my phone, battered wives shelter crap. 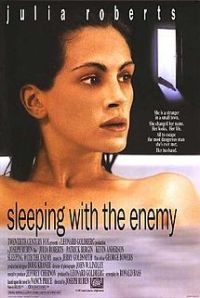