Every now and then, something will happen in my personal life that has me incensed. I’ll excitedly think “I’ll blog about it!” only to realize that I already have… and quite accurately at that. So here it is.

In hindsight, I often feel a great deal of sympathy for those who love me and had to watch me marry my ex-husband, regardless. Of course sometimes that sympathy is replaced with resentment in the form of: how could you let me do something so fucking stupid when I was just a child?!?!? 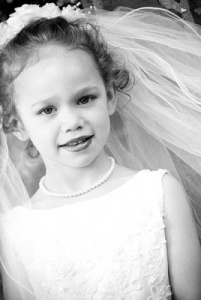 Most of the time, however, I feel terrible that my dad had to watch for four years while I struggled to keep my head above water as my ex-husband abused me. He couldn’t say anything, because I wouldn’t have listened. It would have driven a wedge between us and we were already struggling with our relationship. Similarly, pretty much every other person in my life felt the same way. As much as they may have wanted to sit me down and say “Listen. This guy doesn’t work. He lies. He’s stealing from you… a lot. Also, that fire was super suspicious” they couldn’t. I’d have turned away and clung to him out of loyalty, because that’s what marriage is.

Sadly, I got a taste of how they felt when Gail was married to Shane. One afternoon, Gail called to tell me that she was bringing by my copy of the movie Elf, which I didn’t recall lending her. I legitimately thought that this was a cover to get out of the house without Shane forbidding her to hang out with me and was shocked when I opened the door and saw her holding Elf on DVD. It turned out that she’d just borrowed the movie a couple of years earlier and never returned it, because she’s a cotton-headed ninny muggins who hates me and wants me to die. The fact that this was my assumption, though… well, it explains why I once told her that the movie The Waitress perfectly depicted her relationship (and mine, though I ingored that part).

Ugh. How did we not notice we married the same fucking man?

This, however, was the only time I gave Gail any truly negative opinion of her marriage… because she immediately shut down and told me that she needed to stop telling me things, since I was getting the wrong idea. It didn’t happen, of course. Gail and I can’t not tell each other everything. But I didn’t insult Shane again… until he shook her baby. Then it was a free for all.

Luckily, Gail finally met a nice guy I don’t secretly hate… or openly hate ::cough:: musician ::cough:: after a series of asshats. Terry is good to her, works, pays his own way… and he doesn’t get pissed when I make inappropriate jokes about Gail cheating on him, which translates into him not being threatened by me like all the men before him. 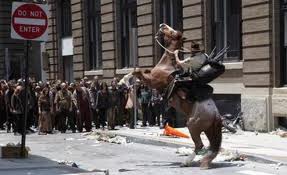 You see, the horse is Gail’s vagina.

Me: “So Terry, how do you feel about cheating?”
Terry: “Um… what?”
Me: “Well, since we were kids, I’ve always said that if my husband cheats on me and wants to fix our marriage, then he needs to keep his pants on and his mouth shut. I don’t want to know, just so he can ease his conscience. What’s your opinion?”
Terry: “Um…”
Me: “C’mon. Should Gail tell you her secret or not?”

I wasn’t actually telling the guy that his girlfriend was cheating on him over dessert in a Chili’s while Gail sat beside him grinng… fucking obviously. Kudos to Terry, though, because he just laughed, whereas every other guy she’s dated has been oddly sensitive about that kind of joke. Her ex-boyfriend, Cam, whom I actually liked (despite the fact that he was 12 years old forever), even got defensive about the way I teased her, though he did the same thing. Look, dude, she’s been my Gail for ten fucking years. This is what we do and it goes both ways. Just because you’ve been fucking her for six months, does not give you the right to an opinion on the way we interact. It’s not like that even makes you special. You’re not exactly goin’ where no man’s gone before’s, all I’m sayin’.

Terry, though, just laughs and occasionally throws in his own joke, which works in his favor, because Gail likes to fancy herself the sweet one anyway. Even if he doesn’t get our humor, he gets that he doesn’t have to get it. Despite my affection for the man, I did make it clear that said approval was conditional.

Me: “If you hurt her, I’ll cut off your ears… and no one wants to fuck a man with no ears.

The man wasn’t exactly rollin’ in the pussy.

I am nothing if not eloquent.

Gail is the person I’m closest to, along with my Gramma, so I’m elated that she’s over her all-the-douche-bags-in-the-city phase. However, there are still multiple people in my life who have married into the ninth circle of Hell and I’m not allowed to fix whatever the fuck is wrong with them. I can’t even talk to these people without a running log of questions I’m not supposed to ask flitting through my head. Do you have any idea how much effort it takes for a person like me to filter this shit?!?!

Doesn’t it bother you that she spends all of your money?
“How’s the new house?”

How can you stand the way your children are being treated?
“How are the kids?”

What the hell is wrong with you that you would let someone treat your family like that?
“We miss you. You don’t come around enough.”

Do you think your parents might hate him for a reason?
“Are he and your mom getting along better?”

Statistically speaking, you are going to get a divorce. What are your waiting for, exactly?
“You’ve been married for how long, now?”

If he’s not there for you over this little stuff, do you really think he’s going to give a shit when you get cancer one day?
“That must be hard, living so far apart.”

You know that the divorce is only going to be harder on the kids when they’re going through puberty, right? You’re holding out for nothing.
“The kids have really grown.”

You should be logging the abuse by date and incident, because you will need to use this in court one day.
“How’s (spouse) doing?”

Have you considered a secret savings account in someone else’s name?
“How’s work?”

But no… the Shane situation taught me an important lesson. You’re never allowed to ask “Why did you marry that?” as long as they’re still married… and it fucking sucks. I don’t care how your spouse is, because I’m tired of watching them treat you and your loved ones like a means to an end. I hope yours is the next divorce I hear about, because the heartbreak of that will be much shorter lived than being mistreated, disrespected, and taken advantage of for another ten years. Now that I’m out of my abusive relationship, the only thing comparable to the pure terror I feel after a nightmare where I’m still married is watching someone I love go through their own unique torture. This isn’t going to get better and you need to plan a fucking exit strategy, because everyone you love misses who you were before the light left your eyes and your children will never know that person. Wake. The. Fuck. Up.

“So you guys just celebrated another anniversary, right? That’s exciting.”