On Saturday, Paul Walker, actor in The Fast and the Furious franchise, died as a passenger in a single car accident, on the way home from a charity event. We, as a country, responded in one of three ways:

The first response is obviously the one I favor. These people may have posted something on social networking sites addressing Walker’s age or expressing best wishes for his family. They may have mentioned their love of his films or the fact that they just got them all on sale on Black Friday. They expressed remorse and went on with their lives. Perhaps these folks watched She’s All That and managed to not angrily scream “WHERE IS THE ADMINISTRATION?!?!?!” during every high school scene. Normal.

The second response… is weird. I’ve really never understood the total devastation someone can feel over a celebrity death. If Pope Frankie (as my cousin, Mitch, likes to call him) died tomorrow, I would weep for the Church. I’ve never met the man, but he’s an influential leader and, in my opinion, a truly good soul. If Barack Obama died tomorrow, I would weep for the country, because he’s a political leader and that would leave our government in uproar during a tenuous time. If Leonardo DiCaprio died? I’d comment on his age and watch Titanic, failing to not angrily scream “HE’S A VAGRANT, YOU IGNORANT COW!” during every romantic scene. I would not cry… because his life in no way affects me or anyone I love and I don’t feel I have that right. My Gramma cried the day Elvis died. I know many who cried when Michael Jackson died. I just don’t get it. However, it’s not an offensive reaction. I realize that other people (who are wrong) don’t necessarily scream “Emotions should be hidden like the last fucking Horcrux!” every time their eyes water. Maybe they’re the healthy ones. I don’t know. Regardless, no harm done.

The third reaction? This one is deeply disturbing.

Facebook status on Tuesday:
So a car just freaking exploded and was engulfed in flames right next to my apartment building. This is one of the most insane things I’ve ever witnessed

Comments:
– Paul Walker came over? To soon?
– ok guys that’s a bit fast with the Paul Walker jokes. I’m furious.
– haha I think it’s time to hit the brakes with the jokes.

I am not contradicting myself here. I realize that I’ve made many inappropriate jokes in my day.

::in the car, waiting for my dad and step-mother to bury my grandfather’s ashes, inJuly::
Me: “Ugh. It is a thousand degrees in here. They’re gonna have to bury three more piles of ash if they don’t hurry the hell up.”
Cade: “It would be awesome if the window was open and they could hear you.”

Paul Walker was only 40 years old and his father had to bury his baby boy. I don’t even have kids and my relationship with my dad has shown me that a child never stops being his parents’ baby, whether they’re throwing up at age 10 or crying on their doorstep at age 23. A woman watched her son lowered into the ground forever. His parents won’t be able to give him the Christmas presents they’ve already bought. There’s a couple out there weeping over high school graduation pictures from the early 90’s. Paul Walker wasn’t an only child, either. Bo may be a redneck bigot sometimes, but if my big brother died, I would be inconsolable. Most tragically, there’s a 15-year-old girl out there who was just getting know her daddy and now his light is gone from the world.* He’ll never interrogate a college boyfriend or walk her down the aisle. That is heartbreaking.

Paul Walker’s death was no more tragic than that of any other 40-year-old man with a family and full life. It also, however, was no more uproarious. If his family and friends choose to use humor as a crutch, more power to them. We all have fucked up coping mechanisms. Whatever gets you through hard times. Everyone else? No. We don’t get that crutch, because it’s not a crutch for us. It’s insensitive and cruel, especially when published on a social networking site where the man’s name is tagged and his family is guaranteed to see it. Remember when your dog was hit by a truck when you were fourteen? How much more awesome would that have been with strangers making lame-ass jokes?

“What’s black and white and red all over? Your dalmatian!”

This isn’t a new issue, either. It’s not even confined to celebrity deaths. During the last natural disaster, I had a heated Facebook debate with that douche bag from high school who’s only on my friends list because it’s amusing to read about how much he loves himself. When I called him out on his insensitivity, he told me I had no right to be offended, because I wasn’t harmed. CHILDREN DIED. I’m sorry, but as an American citizen, a native of this state, an educator, I had a fucking right to be appalled that the bodies had barely been recovered and he was running the laugh track for his self-proclaimed cleverness. Furthermore, several people liked each and every comment I made, as I defended the fact that his being an inconsiderate prick, didn’t mean I didn’t have a sense of humor. I clearly was not the only offended party on the billboard that is Facebook.

Gaily’s daughter died at eight months old. I was Aunt Belle. I saw that little lady 5 times a week…. and sometimes we make disturbing up jokes about it, because it hurts not having her in the world. It’s how we deal and we know we’re broken. Where has the compassion gone for everyone else who’s hurting, though? I’ll admit, I don’t know what to say in times of heartache and I usually end up doing something really awkward…

In fact, the last time, I’m pretty sure I waited waaaay too many days to comment and then blurted “I’m sorry you’re sad.” It wasn’t perfect. Far from it. It also wasn’t a giggle. Had that been the alternative, it would have certainly been best to say nothing. This is a really easy response in social networking. You don’t have to comment. If you don’t have anything nice to say, shut your damned hole on a public forum.

I’m not even knocking offensive humor, as a whole. I, myself, have made too many battered wives jokes to count. I’ve also survived an abusive marriage. Just the same, generally offensive jokes, like those horrifying dead baby jokes that Gail and I made as teenagers, are far less appalling. They never pinpointed one tragedy or crying family. We were also kids and didn’t quite comprehend that that shit actually happens. The comments I’m reading and hearing about celebrity deaths, the Oklahoma tornadoes, and Sandy Hook? Those aren’t being made by kids, but adults who fully understand the pain and heartache of losing a loved one; and without fail, they always end in “too soon?” Yes. It is too soon and you’re an asshat. 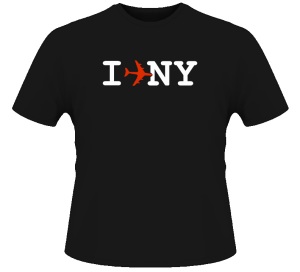