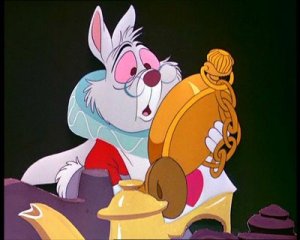 There’s not a lot more to it than that title. I talked to this nice guy a bit. He wasn’t particularly attractive, but he was Catholic and an engineer. Then he asked if we could hang out sometime and I played the scenarios in my head.

1. He thinks things are going great and I don’t like him because he keeps using the phrase “needless to say”. There’s some legitimate reason to run that I’m not addressing. I realize it later when I tell Gail about his obnoxious quirk and she interrupts to say “Wait. He had blood and fur under his fingernails?!?!?!” I’ve wasted a night I could’ve been working on my graduate portfolio. This is the likeliest outcome.

2. I really like him and think it’s going somewhere, even though my heart is dead, and he doesn’t return the sentiment. His rejection… makes my heart deader? I’ve wasted a night I could’ve been working on my graduate portfolio. This is not super likely.

3. We really hit it off. I give the first guy ever a second date that I don’t cancel the day before because I’ve just realized he asked me to his place the night we met, called me fat, and said my degree was stupid. I shit you not, on that one. Anyway, we start to spend time together… a lot of time. I fret over how to do the whole “relationship thing” without fucking it up. This time and energy could be spent on my portfolio, but isn’t and then I fail my last chance at grad school and blame him. My life is over. This is the least likely scenario.

Online dating. Holy shit I don’t have time for this.

A couple of weeks ago, Catholic Engineer and I were sending each other really long and interesting messages and had mentioned meeting. I was taking longer between each message, thinking about whether or not I should bother, considering responding to him at all was tough to fit into my day. He sent me a message addressing that and included the thought that he didn’t mind waiting, because I was worth it. That could’ve been an “aww” moment or a “dude, clean the semen off my window and get out of that tree” moment. It’s the internet, y’all. I was a little creeped out, but knew I might be being unreasonable. Then I pictured a future without my MLIS and stopped logging into PoF without another word or explanation… because I’m an asshole. Since then, I’ve admitted that I was only using PoF as an entertaining distraction from homework, because Facebook gets old and some profiles are funny. I’ve been able to avoid the site since then, because if I sign in and see all of these unopened messages from Catholic Engineer, I’m going to feel like a dickhole… or be terrified. I have a hierarchical checklist now:

I had a chart I made in Paint, with the intention of demonstrating this, but it kind of implied that “Boys” was the ultimate goal, The Holy Grail of my twenties and I value myself more than that. It’s only hierarchical in the sense that I’m not moving forward until I accomplish each individual goal, not the sense that my life isn’t complete until I suck more dick. Maybe that’s not what hierarchical technically means, but I don’t have time to look it up, because I should be finishing that paper.

All that being said, I’m off dating right now. It’s stressful and time-consuming and I’ve got more important shit going on in my life. Going to the bars takes even more time and the results are even less satisfying. Dedicating myself to not dating has actually been super freeing, in a way. I don’t feel guilty for not going out or giving Internet dates a shot. I’ve just chosen not to do this right now, because I can’t. I’m twenty-fucking-five and despite the fact that the Midwest is perpetually warning of the sand quickly running through my uterus, I’ll have time for it later.