Remember the post Online Dating: Holy S#!+, I Don’t Have Time for This? Well, if you don’t, it’s pretty self-explanatory from the title. A couple of weeks ago, I swore off dating until I finish graduate school, at the very least. That lasted until one night last week, when I was up late studying and decided to sign into my Plenty of Fish account. I’d like to take this moment to thank the good Lord for reminding me why I don’t have time for this… and for doing so in a humorous way.

I had successfully avoided Plenty of Fish for about three weeks after trading a few long messages with Catholic Engineer (over the course of a couple of weeks), before realizing that I just couldn’t even fit responses into my schedule, let alone an actual date. After agreeing to the vague “I’d like to meet”, I proved my dick was biggest, like the jackass I am, by ceasing to sign in altogether without a word or explanation. I’m really bad at this. So, the other night, I expected to log in to see one or two messages, maybe a hurt “If you weren’t into it, you could have just said so” that would have made me feel even more guilty. Seriously. I am terrible at this. I should’ve remembered, though; this is the Internet and while, quite often, totally normal people sign up for online dating, it is still the place where crazy people go to hide. 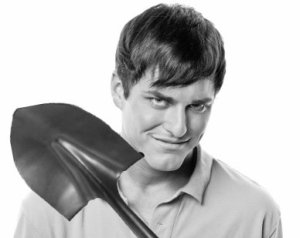 I suppose this profile picture should’ve been a tipoff.

Originally, I let out a sigh of relief. I had not, in fact, received any angry or hurt messages. Then… I let out a shudder. I had received no less than five messages in three weeks, each relatively lengthy.

– The first message was in response to my lack of response, explaining that he’d put the pieces together and realized I must be working the book sale for my library system, as I’d mentioned. He was excited by the prospect of coming by to see me.
(!!!!!!)

– The second message told me that he was sorry he hadn’t made it by, his nerves got the best of him, but he couldn’t wait to meet me. He assured me he knew I was worth it.
(I debated whether this was an “aww” moment or a “get out of my tree and wipe the semen of my window” moment before. It is officially the latter.)

– The third message told me how he’d been thinking of me and hoped I was well. Gee, I must be really busy, but he knew that the best things in life are worth waiting for.
(Dude, if you weren’t so fucking crazy, you’d lose major points for ending that sentence in a preposition.)

– The fourth message told me how lonely he was and how much he missed talking with me and that each night he hoped to sign in and get a pleasant surprise in the form of a response. He was looking forward to meeting me and knew I was worth the wait.
(At least he’s not redundant.)

– The fifth apologized for sending me so many messages and assured me he was just lonely, but he knew I must be busy.

After reading through Catholic Engineer’s epic memoire, I immediately texted Gail to tell her that he was, apparently, super crazy. She told me to block him right away. I wasn’t completely sure if she was serious or not, since we were texting this conversation, so I didn’t. I am so going to end up in Tupperware one day. 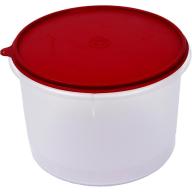 The next day, I signed in again, also while studying. I had a few messages from underwhelming, occasionally entertaining individuals, but nothing out of the ordinary. I realized that my profile was showing up at the top of several lists, because I was signing in again. I decided to make it clear that I wasn’t looking for much and added a short notation to the top of my “About Me” section, explaining that I was off dating, as I didn’t really have the time until graduation. I clarified that I just enjoyed logging in when I was procrastinating.

The next day, working dilligently on my homework again, I signed in for a quick browse and was greeted with message six from Catholic Engineer. He wanted to take the opportunity to thank me for my update and assure me that he understood my absence. He knew I would be worth the wait and couldn’t wait to hear from me in May. May’s just around the corner, after all! He wished me good luck and hoped I might feel like procrastinating soon.

It is in here, that he will store my labia.

This guy had to be checking my profile daily to have read the update I left “him.” For reasons only partly related to this, my Plenty of Fish account has since been deleted.

I’ll give OKCupid a try.

I have got to stop reading romance novels, because they are the catalyst to the above stupid idea. I’m not afraid of dying alone, because I’ll never meet anyone, until I couple one too many romantic suspense titles with all of those Red Pill blogs telling me that without marriage, I’ll cry about cancer to no one. I don’t want to cry alone about cancer!!!! Sooooo… I signed up for OKCupid.

My creepy messages on this first day have been pretty standard, which is still pretty amusing. To quote a few:

You write well. I am a journalist. I was raised Catholic, but I left it behind. I might go back. I pray often about it. I have baggage, but I carry it well. Pun intended.

Now, a compliment to my writing is quite possibly the key to thawing my frozen heart, but I wrote a friggin’ profile, not the Great American Novel or even a kickass blog entry. That’s just a weird thing to say. Following it up by outlining his issues with God and a religion I’ve stated is important to me? Well, it’s not near as panties-dampening as telling me he has a shit ton of baggage. This was his opener!!!!!

Hence, I would be very pleased if I get the chance to have conversation with you sometime, that allows me to know more about you, and see what happens in therms of a physical or spiritual connexion between you and I, you know as the song says “let our hearts discover”

Okay… let’s just get one thing straight. You wait until the person has actually responded to you to mention any kind of “physical connection”. Also, is he trying to sound intelligent or is his grasp of the English language tenuous? I genuinely cannot tell.

My absolute favorite, however, has to be the guy who I’ve previously seen on Plenty of Fish with a four or five page profile talking about how awesome he is and actually using the words “if you’re lucky enough to win my friendship”. He used to have a “no fat chicks” paragraph as well, though he seems to have gotten wise about that one. I remember, because Gail and I giggled maniacly over it. Even now his profile includes:

I’m very picky and have high expectations when it comes to women.

I’m really good at pretty much anything I try.

Also, If you’re too busy to date, why are you on a dating site?

They aren’t too busy to date. They’re too busy to date you. Confidence is attractive and I have a higher tolerance for it than most, but wow. What is the purpose of tainting this excellent solo with the presence of another person? But, but… that’s still not the best part. The best is this little gem:

I don’t believe in divorce and only plan on getting married once. I want to make sure she is my best friend and my soul mate.

You don’t believe in it? It’s not a fucking one-armed fairy, you jackass. I assure you, it’s real. Furthermore, a good 70% of those people who are divorced likely said the exact same thing. They sure as shit didn’t walk down the aisle to Eminem’s I Love the Way You Lie. Way to judge 60% of the population of this state you bag of dicks. Also, at age 30, in the Midwest, a lot of your prospects are going to be divorced. Prick.

All that having been said, I’ll leave y’all to judge for yourselves whether I’m a glutton for punishment or just really dedicated to seeking out good material for this blog, because I gave another guy my phone number. I’m determined not to initiate, since I don’t particularly care about the results and I don’t have a penis. The boy does that.

Gail: “Just for my amusement, what does the girl do in return?”
Me: “Wears pink.”

He contacted me though, and we’ve been texting. I imagine it’s only a matter of time before I write about him asking me to lick his peg leg.

Sigh… I always wanted to be cremated anyway.

10 thoughts on “I am so going to end up in Tupperware.”