So, this past week, I went on 1004 dates (blog entry both pending and a lot funnier than this one) and decided that my bias toward the free sites was unfair. There could be good men on there, if I’m patient enough to weed through all of the 28-year-old “students” living at home. So, as a tester, I reactivated my OKCupid account, since that was easier than building a new one on Plenty of Fish. Within just a few minutes I sent Gaily the following text:

She thought it was hilarious and I decided I’d deactivate again once the site would allow me to in a week. I wasn’t willing to completely delete the information of whom I’d been in contact with and whom I hadn’t.

Upon seeing a picture of the man who… oh I can’t even outline his sociopathic tendencies again!!!!! I started to hyperventilate and immediately deleted my account forever. I was intensely freaked out that he might have had the opportunity to open my profile and read anything about my life. Everything about me has changed. I am unrecognizable both physically and personality-wise. The idea that he knows I like guns and college football and that I actually became a librarian? It has my heart racing as I fucking type the words.

So, naturally, I immediately turned to my human security blanket, The Great and Powerful Gail. 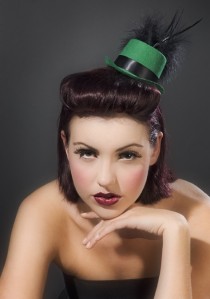 Can you believe a female Wizard of Oz costume doesn’t exist?!?! No, seriously. I’m bothered by this. There’s a sexy Tin Man, a sexy Cowardly Lion, a sexy Scarecrow, and a sexy Glinda for crying out loud. Glinda was 55 years old in that movie! I fucking checked! What? A woman can’t be the leader of a magical city? Fuck you costume makers of America! FUCK YOU!

Ahem. See? I’m avoiding the point of the blog, because it’s making me nauseous.

As I was informing Gail of my e-run-in, I realized that I really wanted to know what my ex-husband’s profile said. I couldn’t quell the curiosity over what a man who refused to work for four years lists under “profession.” Gaily’s ex-husband, Shane, claims to be the manager of his parent’s pet store… as he did when he never went to work while they were married. Welcome to the Midwest, y’all: Home of the Commonplace 22-Year-Old Divorcée . I once texted Gail in regards to my ex:

Me: His Facebook says he has a job.
Gail: Hahaha. Sure. I’ll bet he was “hired” to burn down the pet store Shane “manages.”

Given our oddly similar mental fractures from our previous marriages, Gaily was in full support of my creating a fake profile just to see what my ex-husband’s said. FYI, you don’t need a valid e-mail address to create a blank OKCupid account under the name Mobetterdogs and stalk people. I don’t know if it’s better or worse that I looked. I really don’t. I will say his profile name had both the word “nerdy” and the misspelling of the word “than.” His profile also included:

What are you doing with your life?

“putting it back together after a tough divorce left me homeless, jobless, and pennyless.”

One, Captain Asshat, it’s penniless, not pennYless. No wonder you failed senior English!

Two, Spawn of Hell, you were penniless and jobless the entire time we were married! That’s like saying our divorce left you fat and white! Also, you can’t talk about how you’re putting your life back together after your divorce 104 fucking years later!!!!

Gail: “How does a divorce make someone jobless?”

Three, Bag of Dicks, homeless?!?!?! You had months to make arrangements, because that’s how long you refused to leave after I asked!!!!! That’s how long it took for Jay to advise me to threaten to call the Sheriff and remind him of the WARRANT out for those checks you “didn’t write.” You were only homeless, because you were no longer welcome in the homes of your family after their shit went missing!!!!!! That’s quite similar to the reason you weren’t welcome in MY home anymore!!!!! It was, indeed, MY home, since I was the only one paying for anything EVER!!!!!!  You even kept breaking into my apartment long after I kicked you out, so you could steal my shit!!!!!

Four, you Son of a Whore, “tough divorce”?!?!?! Try free divorce, since I’m the one who paid for it!! I went fucking crazy during said divorce and refused to sleep for two weeks while I threw out all of your shit and realized all you had stolen from me!!!! I found a card that proved that, after all those times you yelled at me for the implication, my wedding ring was indeed fake!!!! I still can’t watch Firefly because it reminds me of how you stole the boxed DVD birthday present from me when I forgot to pack it up with the valuables I had to store for safekeeping!!!!!! I LOVE FIREFLY!!!!!!!! How about my tough marriage?!!? I owe six digit school loans from living off financial aid when you wouldn’t work! You pulled roadrunner-esque schemes to FAKE JOBS!!!!! I lost 12 pounds the summer I worked at the movie theater, because free popcorn was the only food we had! I MISCARRIED THAT SUMMER!!!! You left me alone while I did, so you could go to a party!!!!!!

Then I read his questions.

Both. As long as they’re trained and not pains in the ass.

My precious little “pain in the ass” still cannot get through bathtime without my singing, because you used to beat him on the rare occasion you would bathe him, despite not working or being in school! He’s finally over his fear of men! YOU HURT MY PUPPY!!!!!!! WHAT THE FUCK IS WRONG WITH YOU!?!?!?!?!?!?

Gaily was right. Under profession, it said “student.” Not only that, but the text of his profile actually clarified that he’s “planning to go back to school soon.”

That’s still unemployed! You were “planning to go back to school” when you got kicked out of college at 19. At one point, YOU FAKED BEING IN SCHOOL!!!! Higher education is not for you. Get a fucking job.

Yes. I feel validated. I won the divorce. Clearly. It’s been two and a half years and I have a Master’s degree and burgeoning career, wonderful friends, an adorable apartment. I’m also 100 pounds lighter and know what eyeliner is. I did everything I said I would and then some. Go me. Most days, I feel wonderful and free and blessed.

Then, there are other days, when I’m still a little broken. I say the name of the beloved cat that died in the unexplained fire that got my nineteen year old husband a bunch of cash the day he lost his job… and I can’t breathe. I open a DVD case with soot on it and that smell puts me back on a charred futon, crying into a burned, wet stuffed animal because my pets look like they’re sleeping on the front lawn. I walk down the baby aisle of a Target and know it’s for the best that he has nothing to do with a child… but it’s a child I lost. I look for a movie on my shelf and realize it’s one he stole when he was breaking in at night. I have a nightmare that I’m still married and I wake to a panic attack. I cuddle the dog and promise no one will ever hurt either one of us again. Most days, I’m an upbeat, happy Librarian with a thriving social life and a skill for random Pinterest crafts. On rare occasion, I’m a morbidly obese, 23-year-old, sitting in a judge’s chair, holding back the tears. Another person who was supposed to love me had hurt me.

… but thank the Lord for good friends.

I’m pretty sure I’m done with the free dating sites. I also feel completely justified in my refusal to date anyone with the profession of “student.”