So, I’m kind of off dating for the next couple of weeks. I just got a job working at a second library, and I’ll have to adjust to the new schedule. Three cheers for never substitute teaching again!!!!! My birthday is also coming up, so I have a lot of family plans. I don’t really want to start talking to a great guy, have him ask to get together and have the perfect excuse to sabotage things and start hoarding cats. Fortunately, the week before last I went on three dates… almost… and that’s enough to feel I’m not in any danger of having my rotting corpse consumed by felines.

Date 1 was with Insurance Salesman on Saturday and it was abysmal. But… I powered on and made a date for Tuesday with O&G, who managed the equipment for an Oil and Gas company.

I had previously seen O&G’s profile on Plenty of Fish, before I completely gave up on the free dating sites and bought a match.com membership. His pictures looked awkward, but that’s not really unusual for men. Whereas we women are stereotypically guilty of taking misleadingly flattering pictures of ourselves, men seem completely unaware that the lighting is terrible in that picture or their ex-girlfriend’s face is pressed against theirs. Regardless, O&G’s photogenic awkwardness was not my reason for never having initiated contact, as his profile explained that he did not live in my state, but rather, was moving here in mid-August. Why bother striking up a conversation in May, if we can’t meet for three months? I did that with Soldier, my first ever online date, and things could not have been more uncomfortable when I met this man who knew tons about me, but with whom I had zero chemistry. He also declared that there was no way my divorce was worse than his, though, so there was that.

As I prefer, O&G and I chatted very briefly online, before he suggested getting together. After I gave him my phone number to text me, he was assertive in choosing a location, which was great. I can’t stand that “What do you wanna do?” crap from a man. You’re asking me out. Fucking choose. For realz, y’all .The day Hell freezes over and I ask a man out, I’ll choose, because whoever asks chooses. I had the day off and surprisingly, so did Gail and Malik, so we went to a movie and I completely lost track of time. I was supposed to meet O&G at 7:00 and looked at my watch at 5:45, when were still at the mall. Shetland is about a 30-40 minute drive from the city, depending on traffic and I had yet to drop Gaily off at her place or get ready for the evening. I texted O&G to tell him there was just no way I would make it on time and he told me that was alright and we agreed on 7:15.

On the drive, I asked Gail what to wear, since I cannot dress myself without her help and we went over my wardrobe, but she wasn’t sure of which outfits I was mentioning. We decided the easiest thing to do would be for her to come over and give me input and then I’d drop her off on the way to the pub O&G had chosen.

As I shaved my legs and painted my nails, Gail told me how, although she’s madly in love with Terry, she envies me. She misses the excitement of the unknown with a new guy, even if it just ends in a funny story to tell me later. It was a great reminder that this is fun. Maybe the dates don’t always go well, but when they don’t, they’re at least amusing. I almost missed all of this by getting married at 19. This is my second chance to enjoy the dating scene, awkwardness and all. Even when I was deluded enough to think my marriage might actually work, I was disappointed that I’d skipped so much. A lasting relationship is the end of a chapter. It’s the beginning of a new one, but it’d be a shame not to enjoy this one while I can. Hopefully, I won’t get a third chance. Spirits lifted, I fixed my hair and did my make-up, ready to go. Then, Gail pointed out that the dress I was wearing was horribly and visibly wrinkled and I had to change.

I texted O&G once more to tell him I was on my way and we headed out. He was really nice about my tardiness and seemed totally normal. It appeared there would be no crazy people on this date. Oh, wait…

I don’t quite know how it happened. Gail had been talking about how she envied me. She said I’d put her in a bar mood.

Gail: “Too bad Terry’s working. We could go to the pub and have a secret double date. I may just go to JJ’s alone, feel awkward and go home.”
Me: “Yeah, when you’re not single that’s sort of asking for people to hit on you. Damn, it. If I didn’t have what is bound to be a terrible date scheduled, I’d say we should go to a bar. We haven’t done that in ages. I’ve never stood anyone up, though. I’m proud of that. I don’t have a lot of dating attributes of which I can be proud.”
Gail: “Yeah. I’ll probably just have a drink and leave, since there’s not a game on or anything. I wouldn’t really have any reason to be there.”
…
…
Me: “You know who also has drinks? The pub.”

Oh, yes. I did. I took my best friend, my Sister from Another Mister, on a date with me.

“Hi. I’m Belle. It’s great to meet you. Really? Nothing like my picture? Hmm…”

Yes, it was crazy. It was also funny as hell. Gail went home and got dressed, and because I got my ass lost in a city I drive in daily, she arrived first. I was embarrassingly late, because I missed the exit and that street apparently doesn’t go through, but O&G texted me directions. Gail began texting me with her assessment of O&G while I suffered the consequences of accepting that peach from Hoggle.

Seriously. I’ve lived here my whole life. This is pathetic.

Gail: He looks exactly like the German kid from high school!!! Do you remember him?!?!?
Me: What? Not really. I don’t think 9th street goes through.
Gail: How sure are you that he’s not German?
Me: How the fuck am I this lost?!?!

I finally found the place.

As I started talking to O&G, I tried to ignore the constant buzzing of my phone that was Gail and eventually answered her texts once he got up to place our order. She told me we seemed to be getting along really well and he seemed into me. She gave me a text message thumbs up for being friendly and approachable. It was nice to get that feedback that I don’t suck at dating. How often do you get the chance for that sort of input? Only when you secretly bring your best friend on a date with you! I told Gail that O&G was nice, put my phone on silent, and tried not to look her way. I checked my phone again, when I was able, without being rude, and Gail had reported that she was leaving.

O&G was cute in a Big Bang Theory, yuppie sort of way. I’ve been trying to avoid being too picky when it comes to having a “type.” As I’ve said before, I am a complex individual who owns guns, but has also been to several showings of Disney on Ice as an adult. Why cater to the country girl when there’s plenty of nerdy girl to go around? Girls may marry men that remind them of their dad, but my daddy doesn’t only tell stories with the phrase “that bobcat come flyin’ out from underneath…” He’s also charismatic and hardworking and loyal. Those traits don’t describe Jed Clampett any more than they do Leonard Hofstadter.

So, O&G was an exercise in branching out. He was from Boston and had traveled all over the country, and even some of Canada, both for work and growing up. His parents had relocated just for fun and his extended family was spread across several states. I was a little intimidated as we played Pub Trivia, because he was really into trivia. I didn’t even know Pub Trivia was a thing. I didn’t grow up in a trivia family, y’all. When I was a kid, I took it upon myself to remember the actual names of the entire cast of Saved By the Bell. I think I owned the Disney Trivia game… and thought it was boring as hell. That’s it. I’d also say that about 80% of my family is less than one hour’s drive away at this very moment. I have a godfather/second cousin in the northeast and a few aunts and uncles in Texas. That’s it for geographic diversity. At Christmas, we rent out a gymnasium and there are a good 60 people there. I’m related to every single one and we are all in each other’s business all the time. I’ve no desire to leave them or Gaily and if that makes me too down home girl, then so be it. 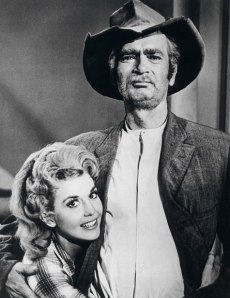 O&G also told me that many of his friends were people he knew online. He was into role playing games and board games. We didn’t seem to have a lot in common, but he was kind and friendly. He was nice about the fact that I knew a humiliatingly few answers to the random questions being asked and never seemed too full of himself, despite that fact. We talked a little about online dating, the good and the bad. He was chivalrous and bought me dinner. We stayed until the pub closed and O&G walked me to my car. He stood several feet away as he told me good night, neither of us mentioned seeing each other again. I admit, I noted that he did not, in fact, drive a sexy truck.

I never heard from O&G after that night.

Jane: Have you contacted him?
Me: That’s his job. He’s the boy. If he wants to see me again, he’ll let me know.
Jane: Seriously? Please. You should text him.
Me: I can’t, because I don’t pee standing up.
Jane: Peeing standing up is a matter of cleanliness and hygiene. It is irrelevant, here.

… but I didn’t. I’m not great at reading signals, but he just wasn’t feeling it at the end of the night and I don’t really blame him. I was cute. He was cute. That is all we had in common. I’m not encouraging something I don’t really want. He was pretty old-fashioned, too. If he wanted to see me again, he would have let me know. A year ago, I’d have been convincing myself that he thought I was fat, was secretly furious at my tardiness, or decided my lack of obscure trivia knowledge meant I was stupid. Today, I don’t really care what his reason was for not wanting to see me again after one meeting. The simple fact is, when the best part of the date is that your best friend is sitting a table away, playing Nancy Drew, you should probably move along… to a renowned institution.

I got lost on the way home. 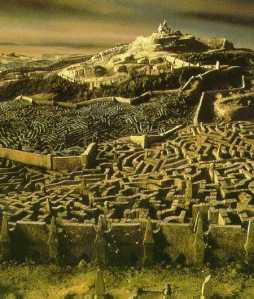 To be continued with The Week of 1004 Dates: The Match Event.