I did it. I graduated with my Master of Library and Information Studies… and as with many should-be-boring events in my life, I made it an adventure with my finesse and ninja skills.

In 2010, I received my Bachelor’s degree from Central University, a smaller college known for being the best teaching school in the state. Because of its size and the fact that the ceremonies were divided by college, graduation was held in the gym. My Master’s degree, however, came from University of State, which offers the only degree in several states that is accredited by the American Library Association. Attending a large state university means I officially get to align myself with a football team like it’s my religion, along with several thousand other people in the Midwest .. who were all at my fucking graduation ceremony.

I’ve never exaggerated anything in my life.

Having been told to be at the convention center by 9:15, I decided to leave at 8:45 for the 45 minute drive. Graduation wasn’t until 10:00. Why would I want to wait for 45 minutes when putting on a robe takes like three? Furthermore, it was only the College of Arts and Sciences, so just like my undergrad, it wouldn’t be that crowded. It’s funny how seven years of college left me how-does-she-not-drown-in-the-shower stupid. 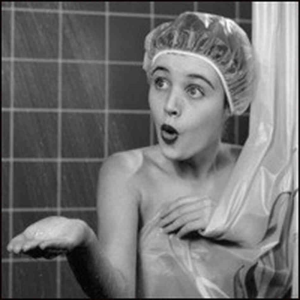 Not only was I running late to graduation, but my Gramma was as well, since she didn’t want to drive down alone. Now, just to be clear, my Gramma is the best person in my life. She’s also the most pessimistic. When her football team is ahead by three touchdowns and loses the ball, she will shout “Well, we’ve lost it now!” at the T.V. and try to kick me out before the game ends. I’m not kidding. I had to threaten to never watch another game with her if she wouldn’t let me finish the one on the screen. Therefore, the entire trip to the convention center went like this…

The traffic was nearly as terrible as the road work and I hate to drive… probably because I suck at it. This is one time I desperately regreted my single status, because I (not all woman-kind, Gail) would have loved a penis behind the wheel. I wish there were some way to thank the man in the Dodge in front of me for not pulling out a gun, because in my stress I was pretty much on top of him. He kept kindly motioning for me to not follow so closely, an oddly civil reaction to road rage in the Midwest. I tried. I really did. But in my stress, I would just inch more closely all over again. It really didn’t matter how I drove, though, because even when I wasn’t following closely, I got the same response from my Gramma every single time I braked.

By the time I pulled up to the convention center, I was convinced I wouldn’t be allowed to walk, because I was so late… and because my Gramma kept telling me so. It was 9:53. I asked her to park the car and bolted toward the door… only to forget my hat and sigh with relief that she hadn’t taken off yet. I rushed back to the door and saw the sign saying I needed to be at the south entrance. I was at the north entrance and it was 9:55. I ran full-throttle to the south entrance… and forgot I was in knee-high leather heeled boots. Stepping off the sidewalk was either a godsend, for it didn’t destroy my legs, or a curse because it caused me to fall in the first place. Either way, I went down. Hard. No one even laughed, it was such an epic fall. When a man asked if I was okay, I shouted “I’m good!” and rolled and jumped up action-movie-style to take off. In my haste, however, I didn’t fully catch my balance and re-face-planted immediately. I took slightly more care getting up that time, shouted “I lied! But I’m good now!” and took off again. Ultimately, my big action scene was far more Will Farrell than Jason Statham.

When I finally got to the south end of the convention center, I was somewhat rumpled and a professor helped me right the ridiculous collar for which I paid $64 last semester and I realized my tassel said 2012, because I’d intended to walk in December before failing my portfolio. My professors were glad to see me, though the time was a bit embarrassing, seeing as how the undergrads had already started walking. As an asthmastic, I couldn’t really handle the run and stress of the morning and once we were seated, kept coughing…

Woman beside me: “I wish I had a cough drop for you.”
Translation: God, I hope I don’t have to listen to that for two fucking hours.

I did my best to shut up while inventorying my injuries, at which point I realized my knuckles were bleeding and my knees were bruised. I texted Gail to tell her this and the conversation went as follows: 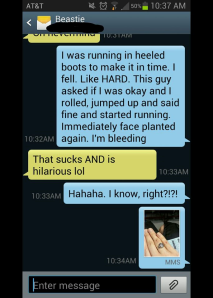 My phone kept correcting my sarcastic “Bestie” to “Beastie”. Gail is now stuck with this nickname.

My dad texted to ask where I was. I told him I was the one in the hat. I made sarcastic comments to my little sister, Bea, about how she shouldn’t wear anything under her robe when she graduates high school in a week, because it’s so fucking hot. I believe there was a recommendation to wear baseball pasties (she’s a baseball manager) and fling the robe off into the crowd. Since her nippels wouldn’t be showing, it wouldn’t even be illegal. She declined my advice. Ungrateful little shit. The rest of the ceremony pretty much went the same way. I texted and completely ignored the generic speech so clearly directed toward traditional undergrads.

Speaker: “It seems only yesterday we were moving into our dorms…”
text to Bea: I’m pretty sure I know the official melting point of human flesh.

The names were called.
Bea: I must really love you.
Me: Hey. They’re giving you baby name ideas for when you get knocked up in your freshman year. Pay attention.

I worked to subtly take off the sweater I had under my robe… and failed.
Me: “It’s shockingly difficult to undress beneath a graduation robe.”
Woman annoyed by my coughing: silence

Since my mother is as insane as her mother is adorable, she spent the entire ceremony staring at me through a pair of binoculars… from about 50 yards away. I kept mouthing “find Gramma” at her and texting her to say that I’d had her park the car and would hate for her to sit alone, since I made her late. My mother did not budge, nor did she redirect the binoculars. I could see this clearly, because she was fifty fucking yards away. Finally, I found my grandmother (without a telescope, I might add) and texted Bea to tell her she was on the same row, not far from her, my dad, and step-mom. Minutes later, Bea sent me a text saying they’d found my Gramma and were all chatting outside. My dad made the extra effort to find his ex-mother-in-law and keep her company, while my mother… 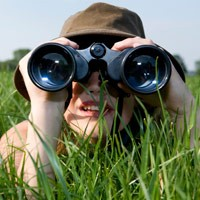 The drive home was significantly less stressful and I laughed and chatted with my Gramma the whole way. When we got back to town, I realized how much my boots were hurting my feet… only to later see the bruise wrapping the left one. My poor knuckles are still raw and a good night’s sleep brought to my attention the pain coursing through my shoulder and left arm. Battle scars. Graduating is hard, y’all.

Gramma: “I can’t believe you made it. I just knew you wouldn’t. I kinda figured you’d miss it.”

… the musings of a thirty-something, married, Southern teen librarian with an awkward spirit, a stubborn, mouthy, redheaded country boy, and twin girls to accompany her through life.